Dr Stefan Fabiansson is a recently retired food safety scientist. He has a past as Professor in Food Safety at the Swedish University of Agricultural Sciences, Chief Scientist at the NSW Food Authority and most recently Head of the Unit for Dietary and Chemical Monitoring at the European Food Safety Authority.
Posted on October 25, 2012 Nasty chemicals 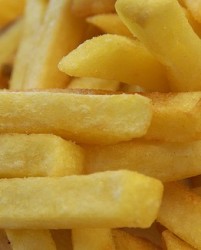 Acrylamide is a chemical compound that typically forms in starchy foods during frying, baking, roasting and grilling. It is linked to the browning of food during the so called Maillard reactions. The darker the food the more acrylamide seems to be formed. It was found in food by coincidence in 2002 when examining a leak of the industrial chemical polyacrylamide from a tunnelling project in the south of Sweden. It was first thought to be an environmental contaminant. It has since been shown to actually be a process contaminant formed in food during dry heating, but not boiling.

Acrylamide received a lot of attention among scientists and the popular press over the first years of its discovery. Industry started programs to attempt to reduce its formation and household cooking instructions were issued. The toxicity of the compound was explored in more detail.

The toxic effects of acrylamide in industrial exposure and in smokers have been known for some time and include damage to the nervous system and to male fertility. However, looking at potential food exposure, the Food and Agriculture Organization of the United Nations and the World Health Organization concluded that the levels required to observe such effects was 500 to 2,000 times higher than the average dietary exposure of acrylamide. From this, they concluded that acrylamide levels in food were safe in terms of neuropathy and infertility, but raised concerns over human carcinogenicity based on known carcinogenicity in laboratory animals. 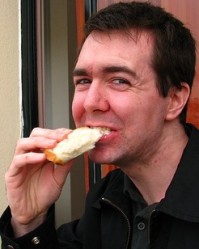 Attempts to confirm a cause and effect relationship in humans between acrylamide exposure and cancer is on-going. A number of epidemiological studies have looked at the correlation between acrylamide intake through food frequency questionnaires and a range of different cancers. Many studies proved negative, but there were indications that dietary acrylamide could be associated with the formation of myeloma, head-neck cancer, oesophageal cancer, endometrial cancer and ovarian cancer.

Now there is documentation of a further effect. A new report published on 23 October 2012 described maternal exposure to acrylamide and birth weight of children. A team led by Marie Pedersen from the Centre for Research in Environmental Epidemiology (CREAL), Spain, measured blood levels of acrylamide and its common metabolite glycidamide and found that dietary exposure to acrylamide while pregnant resulted in reduced birth weight and head circumference in the off-spring. The authors pointed to a potentially substantial public-health implication of their findings since reduced birth head circumference has been associated with delayed neurodevelopment.

The food industry has been exploring ways of reducing acrylamide levels in foods without reducing desirability and taste, including using lower cooking temperatures and adding enzymes to reduce the amount of acrylamide that forms during cooking. The industry in Europe developed a “tool box” containing advice on how to reduce acrylamide formation.  Many of the recommendations should have been adopted by now. It seems the process changes have had limited success. An EFSA report published on 23 October 2012 showed only very limited changes in acrylamide levels between 2007 and 2010 in most food groups. With some good will slightly reduced acrylamide levels could be seen in some cereal-based foods for children and non-potato savoury snacks but on the contrary  acrylamide seemed to increase in coffee and coffee substitutes, crisp bread and some types of French fries.

What is the consumer to do? 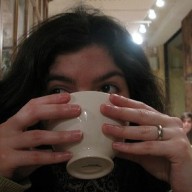 Coffee – to drink or not to drink? (Photo: arimoore)

If the industry is mainly failing in their attempts to reduce acrylamide levels in food what is the consumer to do? We could of course just give up. A more sensible approach would be to be a bit more careful when heating food since acrylamide formation increases with increased heat. If toasting bread, make it only golden brown. Equally be careful with the French fries. Although coffee might delay the development of Alzheimer’s disease, it is also a major contributor to acrylamide exposure. Not an easy choice.

6 thoughts on “Acrylamide – nothing seems to help”