Dr Stefan Fabiansson is a recently retired food safety scientist. He has a past as Professor in Food Safety at the Swedish University of Agricultural Sciences, Chief Scientist at the NSW Food Authority and most recently Head of the Unit for Dietary and Chemical Monitoring at the European Food Safety Authority.
Posted on December 1, 2018 Dangerous foods

Food fraud is nothing new, but the intensity and frequency have been on the rise. From counterfeit extra-virgin olive oil to intentional adulteration of spices and the manufacturing of fake honey, food fraud has been estimated to be a $US40 billion a year industry. In a series of posts we will cover a range of recent issues.

Olive oil is second in our series on fraudulent food 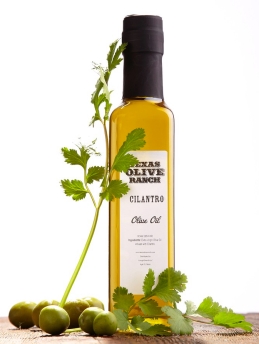 Similar to honey, which we covered in a previous post, food fraud involving olive oil has been around for millennia and remains among the top five food tampering issues.

Ancient Rome established an international trade in olive oil, and instituted elaborate mechanisms to prevent fraud. Olive oil fraud continues today, though modern governments are often less thorough and effective than the Romans at preventing it.

Olive oil has long been one of the most frequently adulterated products in the European Union, and equally in America where olive oil has been adulterated with soybean and seed oils,

In Europe, common cheating involves mixing extra virgin olive oil with lower-grade olive oil or with virgin olive oil that has been sitting around since the previous year’s harvest or longer. Although the latter is not illegal, by the time that bottle reaches the store its quality has deteriorated.

In November 2015, seven of Italy’s best-known olive oil companies were investigated for allegedly passing off inferior quality virgin olive oil as extra virgin. Of 20 brands tested in the laboratory by specialists from the Italian customs agency, nine were found to be lower quality oil.

New methods of chemical refinement, commonly known as “deodorisation,” allow unscrupulous producers to remove sensory defects found in other oils. Thus a recent study confirmed that quite a lot of the olive oil available in the USA had been fraudulently cut with other oils like peanut, canola and sunflower.

So what is olive oil and how is the different qualities defined? Bare with me, as classification of different olive oils gets a little complicated.

First, let’s make the obvious clear that olive oil is the oil obtained solely from the fruit of the olive tree (Olea europaea L.) without the addition of any other vegetable oils (or animal fats for that matter).

Second, olive oil is classified according to the method of production and the resulting properties of the oil. Depending on the quality it can be used in cooking, whether for frying or as a salad dressing, in cosmetics, pharmaceuticals, and soaps, and as a fuel for traditional oil lamps.

Thus, we have the following broad categories of oils produced from olives.

Virgin olive oil obtained by mechanical means only under conditions that do not lead to alterations in the oil, and which have not undergone any treatment other than washing, decantation, centrifugation and filtration.

Refined olive oil obtained from virgin olive oils by refining methods which do not lead to alterations in the initial fat structure but unfortunately removes some of the beneficial antioxidants and polyphenols found in virgin olive oils.

Olive pomace oil is the oil obtained by treating olive pomace (the olive pulp left after the first press) with solvents or other physical treatments.

The different categories of olive oils and olive pomace oils are named and defined by the International Olive Council (IOC) according to physico-chemical characteristics including organoleptic quality (taste to you and me).

Further down the quality scale we find the lampante virgin olive oil with more than 3.3% free acidity intended for technical use unless further refined, and the olive oil consisting of a blend of original and refined virgin oil fit for human consumption.

How to avoid inferior products

After all that what can a consumer do as there is ample room for deception along the production chain.

In the USA, not an official signatory to the standards prescribed by the IOC, not much as the product could easily have been diluted by other vegetable oils. However, if you look for the “COOC Certified Extra Virgin” seal from the California Olive Oil Council for California-made oils you will be on the safe side as their standards and certification program is even stricter than the IOC’s.

In Europe, you are also on your own as olive oils claimed to originate from Italy, considered to be of the best quality, are often mixed with olive oil from large producing countries like Spain, Greece or Turkey. You could look for a third party certification seal. In particular, the European Union’s Protected Designation of Origin (PDO), Italy’s Denominazione di Origine Protetta (DOP), Extra Virgin Alliance (EVA) and Consorzio Olivicolo Italiano (UNAPROL), the respected Italian olive growers’ association.

If you are in Australia or Chile or go for imported Australian or Chilean olive oil you are blessed. It is going to be fresh and untainted. Australia has the most stringent standards and a highly advanced testing system, and neither country mixes in carryover oil from the previous harvest.

Why is this important?

The most obvious fact is that you should get what you pay for.

Part of what makes virgin olive oil so valuable is its many touted health benefits. Rich in monounsaturated fats and antioxidants, olive oil can lower LDL cholesterol and blood pressure while stabilizing blood sugar levels and reducing inflammation in the body.

If you pay for extra virgin olive oil because you prefer its taste and potential health benefits this is what you should get. It is nothing inherently wrong with ordinary olive oil except that the taste is more bland and the amount of beneficial antioxidants and polyphenols is significantly reduced.

If you are after high quality olive oil go for extra virgin on the label. Avoid anything labeled “virgin,” “light,” “pure,” or just “olive oil”.

If a label indicates the producer or estate, or the variety of olive used, it’s very likely genuine.

And trust your taste buds. Fraudulent olive oil might taste greasy, rancid, flavourless, or just not pleasant. Extra virgin olive oil should smell and taste green, bright, peppery, earthy and grassy. It might be too late to avoid the bargain olive oil you already purchased but at least you can avoid the brand in the future.