Dr Stefan Fabiansson is a recently retired food safety scientist. He has a past as Professor in Food Safety at the Swedish University of Agricultural Sciences, Chief Scientist at the NSW Food Authority and most recently Head of the Unit for Dietary and Chemical Monitoring at the European Food Safety Authority.
1 Comment Posted on January 24, 2014January 24, 2014 Nasty chemicals

Bisphenol A can be found in soup-can linings (Photo: Robert Couse-Baker)

We have covered the issue once before in case you wonder. All the extra things you get with your food. You can read the previous blog on ink migrating from the colourful outer box into your breakfast cereal as an example. But there is also phthalates used as plasticiser in plastic wrapping that can find their way into cheese. And the topic of this blog: bisphenol A used in the protective lining of food-cans moving into canned soup. So it is obvious that we eat a lot of unintended components even if not chewing directly on the plastic cover.

Are you with me so far?

Now the European Food Safety Authority (EFSA) has published a long anticipated further review of the potential dangers of bisphenol A. Bisphenol A is used as a component in polycarbonate plastic drink-bottles, epoxy resins used as food-can linings, and in thermal paper used as cash register receipts. There are two ways, oral (eating the soup) and dermal (holding the receipt), that we can get exposed to bisphenol A, with the oral route clearly dominating.

In reviewing past and current research literature, EFSA concluded that the tolerable daily intake (TDI) for bisphenol A should be lowered from its current level of 50 µg/kg bodyweight per day to 5 µg/kg bodyweight per day and be set on a temporary basis because of uncertain scientific results. This is a huge change, lowering the tolerable limit by a factor of ten, but of course it is not going all the way to proposing that bisphenol A should be banned from food contact materials.

Is this conclusion a good or bad thing? 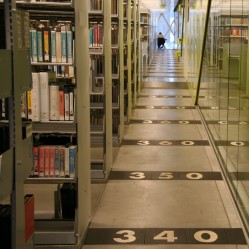 Well, not that easy to say.

After diligently reviewing another 450 scientific publications on top of what they covered in a previous opinion, the EFSA experts are clearly still confused. They rightly claim that some reported adverse findings are obscure and not scientifically rigorous enough to be fully trusted. But they also note that these findings get repeated by other scientists, a sign of increasing validity. Although too early to rely on, the EFSA experts are sufficiently worried to lower by a factor of ten the levels of bisphenol A intake humans can tolerate on a daily basis without showing adverse effects. And they also claim that this is only a temporary recommendation while awaiting new scientific results in the pipeline that might require more serious action.

Industry, in its usual fashion, has been quick to interpret the new opinion as supporting the continued use of bisphenol A in food contact materials without restrictions. They base this conclusion on the fact that the new suggested tolerable limit is higher than the highest exposure levels calculated by EFSA by a factor close to five.

So the good thing is that even with the lower tolerable daily intake proposed by the EFSA experts, the safety margin to the actual levels of bisphenol A consumed is sufficiently large to not be of concern.

But the bad thing is that adverse scientific findings are accumulating using much lower doses. As a consequence, the EFSA experts only set the new tolerable level on a temporary basis and flagged that they will need to review the situation again in the near future.

What are the concerns?

This is going to be a bit technical but hang in there. You see, you have an opportunity to influence the final wording in the EFSA opinion. It is just a draft and open for consultation until 13 March 2014. 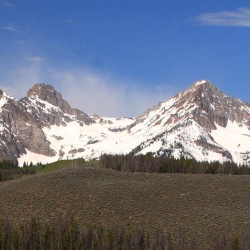 The final view will depend on how to interpret findings of low dose and non-monotonic effects. So far EFSA has based its opinion on changes in male mouse kidney weight as the critical endpoint. This is a straight linear effect, that is the higher the dose of bisphenol A the more serious the results. This is the way toxicologists like to see their results as they have tools to transform such results into dose levels relevant to humans. Unfortunately, the scientific debate is currently focussed on the endocrine effects of bisphenol A, which might adversely impact physical, neurological and behavioural developments. And those effects might be seen at very low doses only or even increase again with a diminishing dose. The low dose or the non-monotonic (the dual mountain) effects.

Let me explain with a hypothetical scenario.

You have your first cup of coffee of the day. The caffeine will pass the blood-brain barrier and the initial high levels will saturate your adenosine receptors in the brain. As a result you will feel alert and can get on with the job of the day. But a couple of hours later you also start to feel happy. Not because of your work accomplishments but because the lower levels of the remaining caffeine has now activated dopamine that was previously blocked by the higher levels.

This outcome will be different depending on the connections between the two reactions. It might simply be that you unmask a new effect only at low doses. Or you could see the dual mountain effect in that you actually have two dose peaks, one low and one high with a valley in between. This is difficult to test for in animal experiments but very important in case it is the low doses that have the adverse effect.

Don’t worry, it is confusing scientists too!

This is currently confusing scientists with no clear guidance so far on how to handle such situations. Should you wait and see or take immediate action even if you believe the results look a bit suspicious?

The EFSA experts selected the wait and see approach which makes sense as they believe new results will soon be available. However, there is no guarantee that the new results will be clearcut and we will be back at square one.

Experts at the French agency responsible for food safety, ANSES, took the opposite approach, suggesting immediate action. They reached the conclusion that bisphenol A exposure was associated with proven effects in animals and suspected effects in humans, also at levels of exposure below currently suggested thresholds. Specific risk situations were considered for pregnant women and their unborn children. The ANSES experts believed that there were potential links between low level bisphenol A exposure in the womb and later mammary gland tumours, dysfunctional behaviour, metabolism changes, and obesity. This also makes sense considering that bisphenol A is an endocrine disruptor and could reasonably be expected to act in this manner.

So who is right?

Don’t look at me, I have no idea. But I do believe that the dual mountain effect is real. It is not easy to break away from a consensus view among food safety agencies as the ANSES experts did. We can only hope that new scientific results will be timely and unambiguous to break the deadlock.

In the meantime you can make your own soup and avoid plastic water bottles. That’s good for the environment, if nothing else.