Dr Stefan Fabiansson is a recently retired food safety scientist. He has a past as Professor in Food Safety at the Swedish University of Agricultural Sciences, Chief Scientist at the NSW Food Authority and most recently Head of the Unit for Dietary and Chemical Monitoring at the European Food Safety Authority. 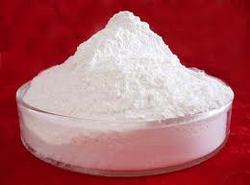 Search for bisphenol A on Google and you will find references to almost 5 million pages. This should come as no surprise as bisphenol A, or BPA for short, is a chemical produced and used worldwide in large quantities. Add toxicity to the search and you still get more than half a million pages in response. Again don’t be surprised, a large number of scientific publications have questioned the safety of BPA. High doses were found to influence the hormonal balance by acting as an endocrine disruptor with oestrogenic effects already in the 1930’s. Debate over the toxicity of BPA intensified over the last years with findings of potential low-dose effects. An analysis of the scientific literature on low-dose effects published in 2005 suggested a correlation between the source of funding and the conclusions drawn. Industry funded studies tended to show no significant effects whereas government funded studies did. So a controversy persists.

BPA with the full chemical name of 4,4′-(propane-2,2-diyl)diphenol was first synthesised by the Russian chemist A.P. Dianin in 1891 by the condensation of acetone (the reason for the suffix A in the name) with two equivalents of phenol. The reaction is catalysed by a strong acid, such as hydrochloric acid. Because of its oestrogen-like effects it was briefly used as a growth promoter in cattle and poultry in the 1930’s and even as a hormone-replacement therapy for women. However, it was quickly replaced by the more effective diethylstilboestrol (by itself withdrawn because of negative health effects). A few decades later BPA was found to be an excellent ingredient in the production of plastics and this use was first commercialised in 1957. It is now the major component in the making of polycarbonate plastics, it can be found in epoxy resins used as coatings on the inside of almost all food and beverage cans, and it is used as a colour developer in carbonless copy paper and thermal point-of-sale receipt paper. In other words it is all around us and most of us carry some daily traces. Close to 4 million tonnes of BPA are used by manufacturers yearly.

Public authorities around the world has so far assured us that the use of BPA is safe. BPA is quickly metabolised in the human body to an inactive conjugated form, with only low levels of active unconjugated BPA present. The common norm is that it is the dose that makes the poison and government authorities long supported the safety of current low levels of human exposure to BPA. However, results of recent studies using novel approaches and different endpoints have found detrimental effects in laboratory animals at very low doses similar to estimated human exposure. A new phrase has been coined called non-monotonic effects. This is an indication that very low doses of chemicals can act very differently to the theory of a linear response – the higher the dose, the larger the response. This non-intuitive fact is gradually being accepted by the scientific community.

Several recent studies have evaluated developmental or behavioural effects that are not typically assessed in standardised tests. Together, these reports demonstrate that BPA exposure during gestation affects several types of behaviours in a number of species. Two new scientific studies published in August 2012 provided further evidence that current official views might be questioned. The first study responded to criticism that findings of BPA in human blood could be caused by contamination from the plastics used during the analysis. By using radio-labelled BPA it could refute this assertion. The second study showed that not only did BPA affect the first generation, but also subsequent generations by turning on some dormant genes creating an inheritable trait in a process called epigenetics. The epigenetics theory was initially heresy to Darwin’s distinction between heritable and environmental effects. It describes heritable changes in gene expression without altering the underlying DNA sequence. Conclusive evidence supporting epigenetics show that these mechanisms can enable the effects of parents’ experiences to be passed down to subsequent generations.

What about the future?

The question is what do you do with a chemical that has been used for many years when suspicions are raised that it might not be as safe as previously thought? What level of proof would governments need to take action? What about the alternatives, are they equally troublesome? Those are issues international authorities are currently grappling with. In 2003, the former European Chemicals Bureau classified BPA as a Category 3 reproductive toxicant, that is, a substance which causes concern for human fertility based on sufficient evidence of reproductive toxicity in experimental animals. Canada followed in 2010 by adding BPA to the toxic registry and by biting the bullet and banning the use of BPA in baby bottles as a precaution. This was followed by the European Commission in January 2011. In 2012, also the United States banned the use of BPA in baby bottles including in infant feeding cups.

This is an issue that will not go away. The European Food Safety Authority is again reviewing the relevant literature on the toxicity of BPA and will report back in 2013.

One thought on “Facts about bisphenol A”